Ever wonder why British people say such strange things? Learn about idioms below!

5 English Idioms, and What They Really Mean

Sometimes, you might notice a British person say something that makes no sense by itself, but they actually mean something else completely. This is known as an idiom.

In this blog, we’re going to look at a few of our favourite idioms, and dissect what they really mean, so you can try using a few of them, and really impress your teachers!

British people love to complain about the rain, and it’s no surprise, when in 2021, there were over 145 days where rain fell in the UK, with some areas receiving over 4 metres of rain in a year.

If a Brit says ‘It’s raining cats and dogs’, they don’t literally mean that there are animals falling from the sky. What they actually mean is that it is raining heavily. It’s quite an old phrase, but it still comes up every now and again.

We don’t know exactly where this phrase comes from, but the first use of a similar phrase was in 1651, by the poet Henry Vaughan, who stated that a roof was secure against ‘dogs and cats rained in a shower’.

So, next time you hear someone tell you that it’s raining cats and dogs, don’t worry about a poodle falling on your head! 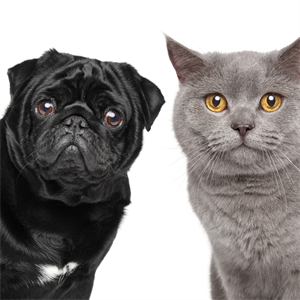 2. Don’t Put All Your Eggs in One Basket

Most people these days buy eggs in what we call an egg box, or an egg carton, and they buy them from a supermarket in a pack of 6. So why would anybody be putting their eggs in a basket?

If somebody says to you ‘don’t put all your eggs in one basket’, what they really mean is don’t depend on your success on a single thing, in case

you lose it. It might make more sense to think of it like this: if you put all your eggs in one basket, and then drop it, they will all break.

The origin of this phrase can be traced back to 1605, in the famous Spanish novel Don Quixote, by Miguel de Cervantes. The novel said “it is the part of a wise man to keep himself to-day for to-morrow, and not to venture all his eggs in one basket”.

If somebody is telling you not to put all your eggs in one basket, they’re likely trying to warn you not to rely on one thing alone, in case something goes wrong. 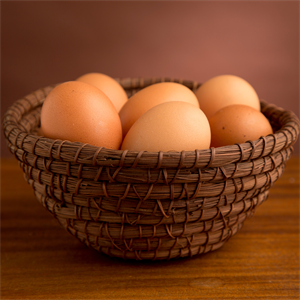 3. Kill Two Birds with One Stone

Don’t worry, people aren’t going around throwing rocks at birds, in fact actually killing birds is illegal in the UK!

When people talk about ‘killing two birds with one stone’, what they really mean is to accomplish two tasks at once. A good example of this is coming to one of our schools. You get to learn English, and also experience a new culture, and see new places.

It is often believed that the phrase comes from the Greek myth of Icarus and Daedalus. The first time this idiom was used in writing was in 1656, in The Questions Concerning Liberty, Necessity, and Chance, by Thomas Hobbes.

Next time you hear this idiom, don’t feel too worried about the pigeons, we’re only using them as a metaphor! 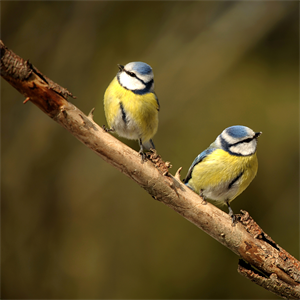 It’s a well-known fact that Brits love their tea, with the country drinking enough tea every day to fill 20 Olympic swimming pools. But did you know that Ireland actually drinks more tea on average per person?

It makes sense that our love of tea would creep into our idiom usage as well. If somebody says that something ‘isn’t my cup of tea’, they probably haven’t grabbed the wrong mug. What someone really means by this is something they don’t like.

This one is quite recent compared to some of the other idioms we’ve looked at. It is believed that it came into popularity in the early-mid 20th century, perhaps gaining traction during the Second World War. ‘Cup of tea’, meaning something that you do like was actually used much earlier, dating back to the 18th century.

If you hear this one, don’t be alarmed – nobody has stolen your fresh cup of Earl Grey! 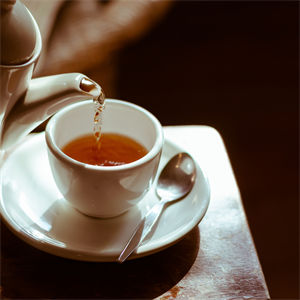 In the UK, we often measure distance in miles, and confusingly, sometimes also in metres, but how far is a stone’s throw? This one is deceptively simple to understand.

If somebody describes something as being ‘a stone’s throw away’, they haven’t been throwing rocks to measure distance, but they actually mean very close. Think of it like this – how far can you throw a stone? Probably not very far, and that’s exactly what the phrase means.

This idiom was first used all the way back in 1526, in the Wycliffe’s Bible. It was found in the book of Luke, which stated that something was ‘about a stone’s cast’ away, with cast being another word for throw.

So, when you hear that something is a stone’s throw away, think about how far you could throw a rock, and it’s probably not much farther than that. 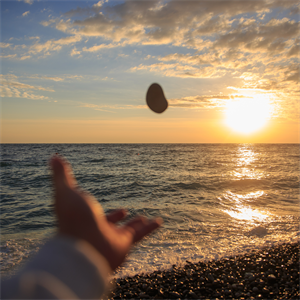 Hopefully this guide has helped you better understand some of the strange phrases you hear in English. If you want to study English, why not explore our website and check out the beautiful English Centres that we have in London, Dublin, and Eastbourne?