Eastbourne is more than just a sunny seaside destination. Here are a few other things that make it a favourite spot to visit.

One of the UK's sunniest destinations, the sleepy coastal town of Eastbourne, in East Sussex. Little more than a 2-hour journey from the city of London, Eastbourne is a nice location for those who love, sun, sea and ice cream and good old English fish and chips.

This blog details all the interesting facts about the town of Eastbourne. We hope to inspire you to take a little trip there yourselves!

What this town may lack in size, it certainly makes up for in presence as it is the sight of many famous franchises. Harry Potter and The Goblet of Fire, released in 2005, was partly filmed in Eastbourne. The landscape that features as a setting for the quidditch match between Ireland and Bulgaria, was shot in Eastbourne. In addition, Britain’s very own James Bond was filmed here too as was the 2001 Michael Bay romance thriller Pearl Harbour.

At first glance, Eastbourne looks little more than a quiet resort town. Despite its appearance, this town has quite an interesting military history. Using Beachy Head to navigate, the invading forces dropped more than 4,000 bombs upon the town, making it the most bombed place in the UK during WWII.

Its history predates this as, located in the Eastbourne Redoubt, a circular fortress, primed with a cannon, was assembled to protect Britain during the Napoleonic Wars in the 1800s.

The stretch of street between the Eastbourne Pier and the Redoubt Fortress, is the remains of an old Roman bath. This is not the first occurrence of Roman remains as in 2016, a massive excavation was undertaken to obtain the ruins of a large roman building located in seafront gardens. 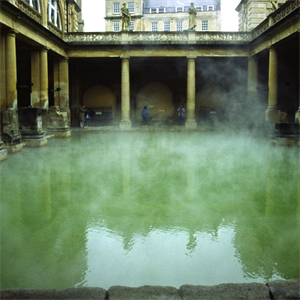 4) A Spider’s Web of Connections

Everyone from great scientists and explores to philosophers as well as writers have been connected to Eastbourne in some form or fashion. Some examples include Karl Marx, a German economist known for coining the political philosophy Marxism, who frequently travelled there. Others are to be found in author George Orwell, an iconic novelist whose works include dystopias such as 1984 and Animal Farm and NASA aerospace engineer Bruce Woodgate. Other famous faces include actress Prunella Scales, best remembered as Sybil Fawlty in the 1970s comedy Fawlty Towers, as well as former Prime Minister Theresa May.

5) When The Past Meets The Present

The coasts of the UK are rich in chalk. The chalk came in deposits that were laid down as far back as the Cretaceous, the period in Earth’s history where Tyrannosaurus rex lived. The chalk is visible in the areas such as Beachy Head and Seven Sisters and contains many fossils such as ammonites and nautili. Ammonites and nautili were prehistoric crustaceans. 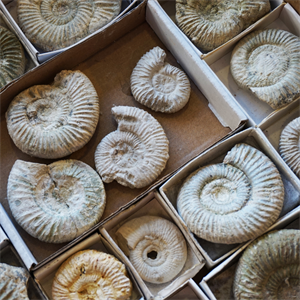 We are decicated to delivering a high quality education experience for all our students in some fantastic locations. If you’re interested in learning English in Eastbourne, find out more about life in and around the Eastbourne centre. We hope to see you soon!