Famous monuments you need to visit in London

International Day of Monuments and Sights

London offers many famous tourist attractions, sights and museums, but don’t forget to check out these famous monuments, when you are studying English or completing your internship.

Today is International Day of Monuments and Sites, so make sure you check out some of these well-known London monuments and discover their rich history.

You can find this memorial statue in Hyde Park; it consists of bronze sculptures of a Bomber Command aircrew. The memorial is to act as a tribute to the Bomber Command crews, who lost their lives in the Second World War. 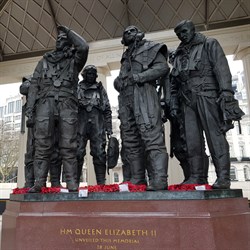 Find out more information about the Bomber Command Memorial.

Located in Monument Street, The Monument to the Great Fire of London is a large column that was designed by Sir Christopher Wren and Dr Robert Hooke to remember one of London’s most famous events, the Great Fire in 1666. Visitors can climb the spiral steps, all 311 of them, to the top of the monument and enjoy some great views over London. 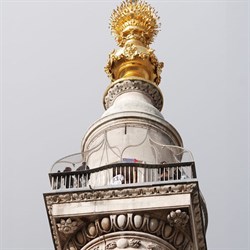 Want more information on the Great Fire of London Monument or do you want to know the opening times and prices? Check out the website.

The Queen Victoria Memorial is situated at the end of The Mall. Many visitors every year will get to see this statue because it is near Buckingham Palace, but do you know what it is or why it is there? The monument, which is 25 metres high and weighs 2,300 tonnes, was officially completed in 1924 and is in honour of Queen Victoria who died in 1901. 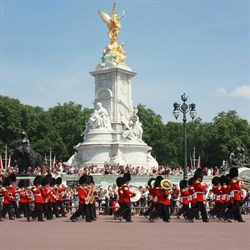 This huge monument in Trafalgar Square is ranked as one of London’s greatest landmarks. Standing over 169 feet high, the statue of Admiral Horatio Nelson looks down on the square. Nelson’s column was built between 1840 and 1843, in memory of Admiral Nelson who died at the Battle of Trafalgar in 1805.

Why not learn more about Nelson’s Column and Trafalgar Square?

Built between 1826 and 1830, Wellington Arch (also known as Constitution Arch or Green Park Arch) now stands south of Hyde Park, at the western corner of Green Park. The arch was originally built as an entrance to Buckingham Palace and later became a victory arch for The Duke of Wellington’s, who defeated Napoléon Bonaparte in the Napolean war in 1815. 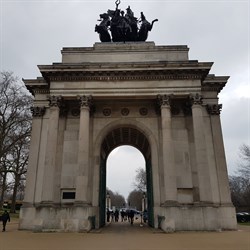 Find out more about Wellington Arch.