Keep up with the festivities over this long weekend!

On 6th February this year Her Majesty The Queen became the first British Monarch to celebrate a Platinum Jubilee, marking 70 years of service to the people of the United Kingdom, the Realms and the Commonwealth!

Here's a description of the exciting events happening across the country over the next 4 days!

Queen’s Birthday Parade (Trooping the Colour): The colour will be trooped on Horse Guards Parade by the 1st Battalion, Irish Guards and over 1,200 officers and soldiers from the Household Division who will put on a display. Sandringham and Balmoral will also be open for residents and visitors to enjoy the celebrations across the bank holiday. Platinum Jubilee Beacons: The UK will join the Channel Islands, Isle of Man and UK Overseas Territories to light a beacon to mark the Jubilee. The Principal Beacon will also be lit in a ceremony at Buckingham Palace. 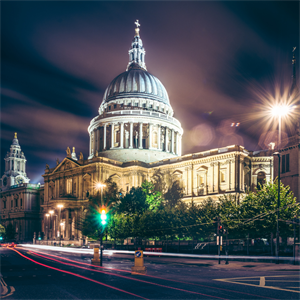 Platinum Party at the Palace: Some of the world’s greatest entertainers are billed to perform at the concert at Buckingham Palace to celebrate the most significant moments from the Queen’s reign.

Big Jubilee Lunch: Street parties are being planned across the UK and neighbours are expected to join together for food and fun to celebrate the Platinum Jubilee. It will mark the end of the Bank Holiday. Platinum Jubilee Pageant: Performers will come together in London to tell the story of the Queen’s reign through a pageant that will include a “River of Hope” section made up of 200 silk flags that will make its way through The Mall, appearing like a moving river.

The Royal Collection Trust: Three displays marking the Queen’s accession to the throne, the Coronation and Jubilees will be put on at Buckingham Palace, Windsor Castle and the Palace of Holyroodhouse.