Things to do in London this summer

When you choose to come to London in the summer, you can be sure that you will never run short of things to do. Whether you are looking for an action-packed day out, want to take in some of the varied culture of the city or you just fancy a trip to the theatre, you are sure to find lots to do here.

Here is our run down of our top 5 things to do in London this summer: The Tate has upgraded for summer 2016 and includes a new range of displays of artist and artworks from around the world. The new Tate is housed in a prominent new building and includes bright, open spaces and areas for events or learning. If you want to see the views of the city, you can head up to level 10 where you will enjoy panoramic views of London including the Thames and St Pauls Cathedral. 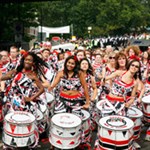 Every year, Notting Hill Carnival brings a slice of the Caribbean to London. You can expect bright and colourful carnival floats, tasty food and all sorts of music sound systems from live acts to DJ’s and steel bands.  The first carnival took place in 1966 and is now a huge annual event spanning much of the Notting Hill and Ladbroke Grove area. The carnival takes place over the August Bank Holiday weekend (28-29 August 2016). 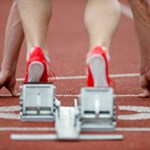 After the success of the 2012 Olympic Games, Stratford will open its arms once more to world famous athletes at the Anniversary Games. You can expect to see the likes of heptathlon star Jessica Ennis-Hill and the lightning sprinter Usain Bolt. If you couldn’t make the Olympics, this is the perfect opportunity for you to experience the park in all of its glory and see some of the familiar faces that won over their nation. Tickets are on sale now. 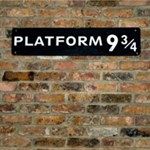 2. Harry Potter and the Cursed Child

We regularly send groups and students to the Harry Potter studios as one of the full-day excursions that we offer at our London school. This year also sees Harry take to the stage with a brand-new West End show. The storyline follows Harry’s son, Albus as he begins Hogwarts whilst Harry, now middle-aged, is an employee of the Ministry of Magic. The play is being hosted at the Palace Theatre, a gothic building which has been given a Hogwarts makeover. 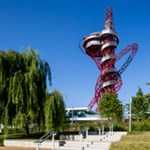 Located at the Queen Elizabeth Olympic Park is the striking slide at the ArcelorMittal Orbit. What was once a viewing platform for the 2012 Olympic Games, and the tallest public artwork in the UK, has been recently transformed into a hair-raising helter-skelter. You will circle around five times with the entire trip lasting 40 seconds. Said to be the world’s longest and tallest tunnel slide, you are sure to have an exhilarating experience.