What is Guy Fawkes Day/Bonfire Night?

Discover what Bonfire Night is all about and where you can go to celebrate it.

What is Guy Fawkes Day/Bonfire Night and why do people celebrate it?

Guy Fawkes Night is also known as Bonfire Night and it is an annual celebration on the 5th November, mainly in the United Kingdom.  If you go outside on 5th November you’ll find bonfire and firework displays. Why you might ask?

Over 400 years ago, a man named Guy Fawkes was part of the group Gunpowder Plot – who were a group of English Catholics who wanted to kill King James I. This wasn’t the first attempted assassination made by a Catholic on a Protestant ruler; many had attempted to kill rulers in Europe and England.

The Gunpowder Plot was made up of 13 men including the leader of the group, Robert Catesby. The Gunpowder Plot members had devised a plan to blow up the House of Lords on 5th November 1605 during the State Opening of England’s Parliament– where King James I and several other important targets were, including the monarch’s nearest relatives and members of the House of Commons.

Guy Fawkes was in charge of the barrels of gunpowder which had been placed underneath the House of Lords. A letter was sent to King James I, warning the king of the plan to blow up the House of Lords and so he sent out his men to find those responsible for the plot. Guy Fawkes was found guarding 36 barrels of gunpowder and was later executed, along with other members of the Gunpowder Plot, who had tried to run when they heard about Fawkes getting busted.

To celebrate the fact that the king had survived people lit bonfires around London. Since then the Observation of 5th November Act was enforced – an annual day which celebrated the failure of the plot.

There are a number of firework displays you can attend in London to take part in the celebration. Check out Time Out’s Top 10 Bonfire Night fireworks displays in London 2018 to find your nearest fireworks event. 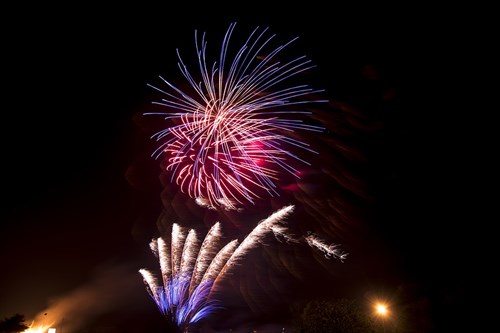