Where These Place Names Come From

Where These Place Names Come From

Etymology is a the study of the history of words, and how they have changed over time.

We have three schools located in London, Dublin, and Eastbourne. In this blog, we thought it would be fun to look at where the names of the towns and cities of our schools come from.

London has existed as a major settlement for over 1900 years. It was first established by the ancient Romans in 47AD, four years after their invasion.

The origins of the name ‘London’ are debated, as the city has existed for such a long time, and there is even evidence of some pre-Roman settlers.

Some theories in the past have suggested the name came from Welsh, with ‘Lynn din’, supposedly meaning ‘lake fort’, or that it might come from the name of King Lud, a figure from Celtic mythology.

However, the most commonly accepted etymology is that the name London comes from the Roman ‘Londinium’. This is linked to the earliest written mention of London, in a letter dated between 65-80 AD, which reads ‘Londinio Mogontio’, meaning ‘in London, to Mogontius’.

Where exactly the Roman name came from is unclear, but it is likely that this is where the modern name of London originates. 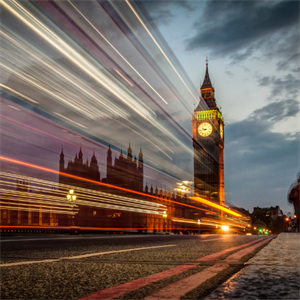 Dublin is the capital of Ireland, and as such actually has two names – Dublin in English, and Baile Átha Cliath in Irish.

The origins of the English name actually come from the Irish word Duibhlinn, which come from the words ‘dubh’, meaning dark or black, and ‘lind’, meaning pool. Together, they refer to a ‘dark tidal pool’, which is where the River Poddle entered the Liffey. The pool in question was located behind Dublin Castle, on the site of the castle gardens.

The Irish name for the city Baile Átha Cliath also has an interesting origin. As far back as 841 AD, a Gaelic settlement named Áth Cliath meaning ‘Ford of Hurdles’ existed further up the river, where the modern day Father Mathew Bridge stands. 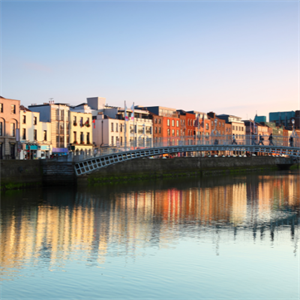 Eastbourne at first seems similar to many English compound words, meaning ‘East of the Bourne’, but what exactly is the ‘bourne’?

This place name has its origins in Anglo-Saxon times. An Anglo-Saxon charter from around 963 AD describes a landing stage and stream at Burne. This is where the town originally got its name.

Burne is an Anglo-Saxon word, meaning a stream or river. This river however has long since disappeared, with the only remaining part of the river being the source of the stream, which is now a bubbling pool in Motcombe Gardens.

As a bonus fact, Motcombe Gardens are overlooked by St. Mary’s Church, a Norman era building which supposedly stands on the site of a former Anglo-Saxon meeting place, or ‘moot’. This is where Motcombe gets its name. 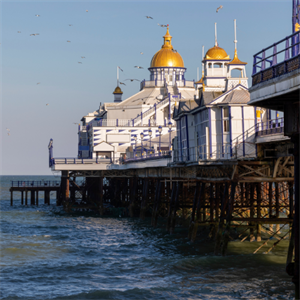 If this exploration of the names of cities has caught your eye, and you want to learn more about the areas, or maybe even study there, why not explore our website and check out the beautiful English Centres.