5 Free Museums and Galleries in Dublin

Check out these great spots to be entertained and educated in Dublin that don't cost a thing!

5 Free Museums and Galleries in Dublin

As the capital city of Ireland, Dublin has a rich history, and with that comes remarkable culture. Dublin has plenty of things to do for free, which includes being able to visit some amazing museums and galleries all around the city.

We’ve made a handy list of 5 of our favourites, as well as including directions for each.

The Irish Museum of Modern Art

The Irish Museum of Modern Art (IMMA) was opened in 1991, in the former Royal Hospital building, which was built in 1684. The museum is home to the Irish National Collection of modern and contemporary art, and is home to works by both Irish and international artists. The collection includes a variety of pieces, including paintings, sculptures, film, and photography.

The Irish Museum of Modern Art stemmed from an initial gift of eight prints and one drawing, and has since grown to over 3,500 works.

IMMA has a varied range of exhibits on all the time, so there is always something interesting and new to see. The museum is suitable for all ages, and they has supported access. 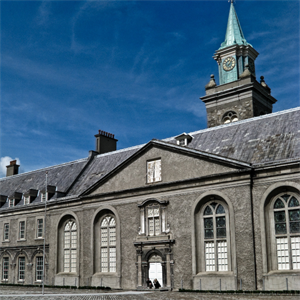 The National Museum of Ireland’s Decorative Arts & History branch is set in the former Collins Barracks, which housed the Irish Army and the British Armed Forces for nearly 300 years. This military history is immediately obvious with exhibitions on military architecture, Soldiers & Chiefs, and the Asgard. Also featured are The Irish Silver Gallery, the Fonthill vase and works by Eileen Grey.

The National Museum of Ireland actually has three branches in Dublin, featuring an Archaeology division, located in Kildare Street, and a Natural History division, located in Merrion Street. For those who want to explore a little further, there is also a Country Life division, which is located near Castlebar.

There are a range of permanent displays, as well as temporary exhibitions, so be sure to check the website, where you can also find accessibility information. 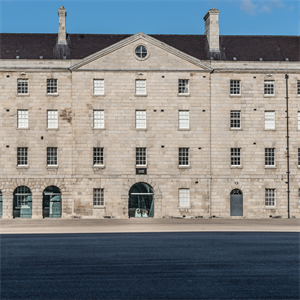 The National Gallery of Ireland

The National Gallery of Ireland is home to the Irish national collection of art, and is located in the centre of Dublin. Founded in 1854, the gallery is now home to over 14,000 works, including 2,500 oil paintings, and over 5000 drawings. At the gallery, you can view pieces by world renowned artists, such as Rembrandt, Monet, and Jack Yeats.

The National Gallery’s library and archive collections encompass unique and historically significant collections for the study of art history. The origins of the collections can be traced back to the foundation of the institution over 160 years ago.

The gallery is fully accessible, and also houses a café in the millennium wing, so visitors can enjoy some food, or a drink during their visit. 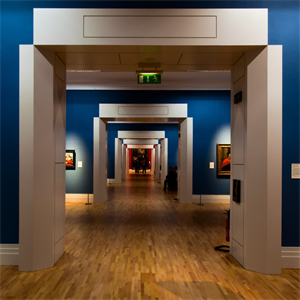 Founded in 1908, the Hugh Lane Gallery was actually the first known public gallery of modern art in the world. Since 1933, the gallery has been housed in a former mansion, called Charlemont House, originally built in 1763. The gallery is home to works such as Les Parapluies by Auguste Renoir and Jour d'Ete by Berthe Morisot

The Hugh Lane Gallery actually held the first exhibition of Irish Art in 1904 in London, and continued to innovate by endowing the Gallery with a unique and exceptional collection of modern art, including the first impressionist paintings in any public collection across Britain and Ireland. 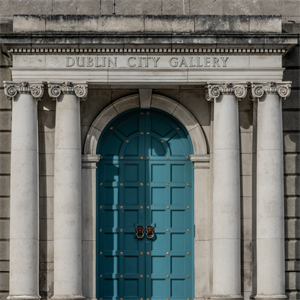 Chester Beatty, formerly known as The Chester Beatty Library is a museum and library located in Dublin, which houses the collection of Sir Arthur Chester Beatty. Originally founded in 1950, the current building was opened in 2000, on the grounds of the scenic Dublin Castle.

The museum and library houses two permanent collections – ‘Sacred Traditions’ and ‘Arts of the Book’. Within these there are many pieces to see including manuscripts, rare books, and paintings. The Chester Beatty is in fact home to one of the most significant collections of Western, Islamic, and East & South East Asian artefacts.

The Chester Beatty Library is especially significant both for its remarkable width of cultural representation, and for the quality of the materials held. Beatty himself prized quality above quantity in collecting, and it is immensely clear that that ethos led to one of the best historical libraries in the world. 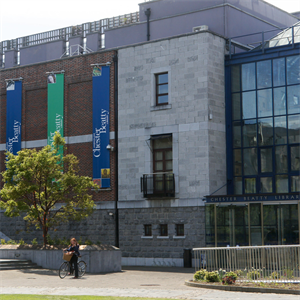 If this blog has sparked your interest in Dublin, and its rich cultural diversity, why not check out our page on Dublin, where you can learn more about the city, and what we offer at our English Centre here?