Learn a few interesting facts about Ireland's culture and history

Ireland boasts a rich and proud history and culture. Many people from every corner of the earth can trace their family history to the emerald isle. With a population of just over 6 million, what this island lacks in size, it more than makes up for in spectacle. Today, we’re going to cover some top facts about Irish culture.

1)    The two languages of Ireland

Those who visit the island of Ireland will notice a contrast between street and road signs written in English and another language which is less easily read. The latter is actually Gaelic, an ancient Celtic language that was spoken by the Irish long before English was a recognised language.

Whilst English is still the main language of the British Isles, there remains a good proportion of Irish people who speak fluent Gaelic, the historical language of their family. Top universities such as Trinity College Dublin and University College Limerick also pride themselves on keeping the language alive in the same way that Latin is still spoken in the Vatican.

Ireland is famous for a great many things. These include Halloween, based on the ancient Celtic festival Samhain, as well as folklore that would go on to inspire Washington Irving’s Headless Horseman from Sleepy Hollow.

Chief among all, however, is most likely the shamrock. It is believed the connection between Ireland and the shamrock has religious backgrounds. Although St. Patrick, the founder of Christianity in Ireland and Patron Saint of the country, never mentioned the shamrock in any of his writings, it is said that the Saint would use this plant's three leaves as a metaphor to explain the mystery of the Holy Trinity to the pagan Celtic. 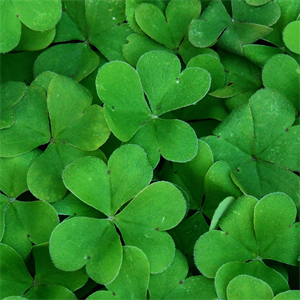 The shamrock, which at first was only connected with St. Patrick, started to become a national symbol when it was first used as an emblem by voluntary Irish militias in the late 18th century. From then, the shamrock as a symbol for Ireland became incredibly popular, also thanks to different songs and ballads in which it was mentioned.

3)    What is the connection between Ireland and the harp?

Whilst the shamrock is immediately associated with the Irish, another  popular symbol is the harp, the national symbol of Ireland.

During the English conquest of Ireland during the reign of Henry VIII around the 16th century, he allocated the harp image as the official symbol of the new territory, going so far as to make it appear on coins. To this day, the harp still appears on the Euro, the national currency. 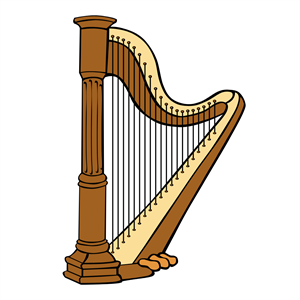 Ireland can proudly declare that it is the only country in the world that features a musical instrument as its national symbol.

As much as Ireland is associated with green, the actual colour most closely tied with Irish history is blue. In the 1700s, King George III created a new order of chivalry for the Kingdom of Ireland. The Order of the Garter (Kingdom of England), already used a dark blue, while Scotland’s Order of the Thistle used green, so he went with a lighter blue for the Irish Order of St Patrick.

In the present day, blue remains a popular colour displayed by the Irish for sporting events like the Dublin GAA county teams.

The colours of green, white and orange unite to produce the flag of Ireland, excluding Northern Ireland which is still recognised as part of the UK. The reason behind this choice of colours is less well known. 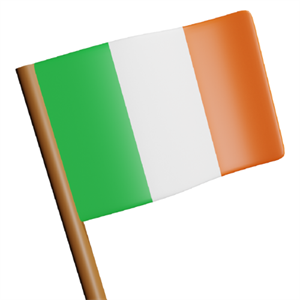 The alignment of colours mirrors that of the French flag and that is no accident as the French Revolution largely inspired the Irish Revolution which saw Ireland fight for freedom against their British rulers in the 1900s. Thomas Meagher, would first fly this new flag in 1848 with the colours symbolising those of the Catholic and Protestant faiths. The green represents the Catholics, and the orange represents the Protestants with the white in the middle symbolising the celebration of a united Ireland.

Data from a study carried out in 2013 found that on average, each Irish person ate 91.5kg of potatoes per year compared to the rest of the world who ate 32.6kg.

There are conflicting accounts of how the potato, a crop originating from the South American continent, found it’s way to Ireland. One account is of shipwrecked Spanish sailor who washed up on the Irish coast brought it with him, presumably a sailor from the overseas Spanish colonies in Latin America. Another account is that the British brought them over.

Regardless of the exact details behind the origin, the climate proved to be suitable to the farming of the potato crop and subsequent yields were collected year upon year. As a food, it was an ideal source of nutrition providing those who farmed and sold them with a source of protein, vitamins and calories. As a direct result, the population soared from 4 to 8 million people in less than a century. 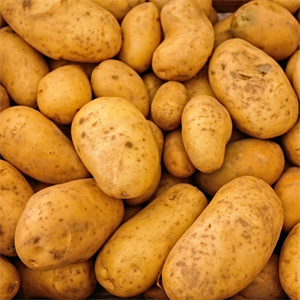 In spite of this period of prosperity between 1780 and 1840, a powerful tragedy would be enough to very nearly destroy the country. Around the mid-1800s, The Great Famine caused the death of 1 million people. A fungus destroyed the potato crop, ruining the produce of farmers up and down the country.

The effects of the famine are still felt to this day and it was so powerful in Irish history that it transformed the politics and economics of the country. This is because just shy of half a million Irish nationals emigrated abroad with the remaining citizens gradually switching to speak English, as the main population affected were those who could only speak Gaelic.

7)    Why is the main population of Ireland Catholic?

Saint Patrick, originally from Roman Britain, introduced Catholicism to the Irish pagans in the 5th century.

As the centuries progressed, the English attempted to introduce the Protestant reformation into Ireland and they were met with fierce objection. The pride of being a Catholic joined with the growing resentment towards the British caused a fierce divide to develop between those who were proud of their Catholic heritage and those who moved towards becoming a Protestant. 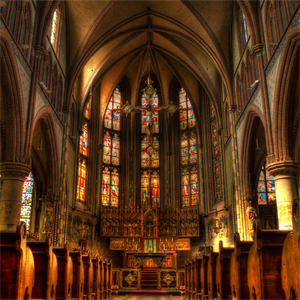 Hopefully you found these facts about Ireland interesting, if you want to know anything else about Ireland, visit our webpage on the country: About Ireland | About Dublin (twinenglishcentres.com)