Why Ireland and Dublin?

What is it that makes the Emerald Isle so special?

About Ireland and Dublin

Ireland: Where tradition, scholarship and modernity come together.

Known as ‘the land of saints and scholars,’ the medieval period of history saw Ireland become a centre of learning as the educated traveled from far and wide to explore new ideas.

Early mathematics, philosophy, science and technology made huge advances thanks to Irish scholarship. This legacy of learning and innovation has continued into the modern age as the country maintains its place as a leader in thought and learning. 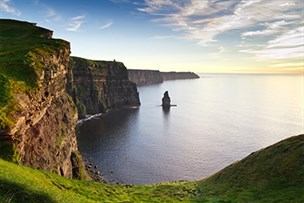 Today, the ready adoption of technology, science and forward-thinking means that Ireland is a powerful nation in diverse areas of business including technology, finance and pharmaceuticals. Successful economic growth has contributed to a widely accessible job market.

Ireland is unique in its blend of tradition and modernism. An expansive and fascinating ancient mythology, combined with Christian heritage and progressive, multicultural youth all contribute to the emergence of a remarkable culture without comparison anywhere else in the world. 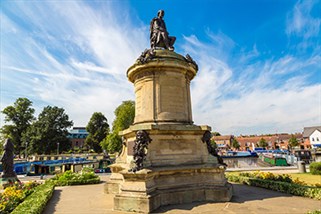 From some of the greatest literature in the western world, to exceptional fine arts, unique music and sporting enthusiasm, visitors to Ireland cannot help but find themselves becoming connected to a culture which stretches into every aspect of life.

Famous for its welcoming and friendly people as well as its breath-taking countryside, there are many reasons why Ireland is a wonderful place to visit, to live and to study English.

Dublin – a place to learn, work and grow

With all that Dublin offers, it’s no surprise the number of international visitors continues to grow as word spreads about Europe’s most exciting city destination. There are many reasons why over 150,000 international students are studying, living, and working in Ireland’s vibrant capital city.

Dublin is rich in history and culture – as our name reflects. A chapterhouse was a centre of learning during the golden age of Celtic Christianity where monks produced sacred manuscripts in Latin and Greek such as the beautiful Book of Kells. Since Viking times, scholars from around the world have been attracted to Dublin to share ideas inside and outside the walls of its famous universities.

The city has long had a love affair with the English language and boasts five Nobel prizewinners in literature among its residents. Dubliners are famous for their love of eloquent conversation. It is never long before you are making new friends in the cafés, bars or parks of Dublin - the perfect way to practise your English. 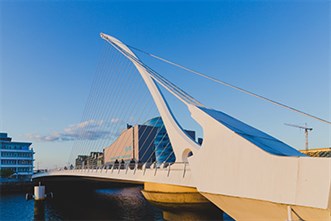 Dublin has brought its tradition of innovation and communication into the 21st century.

As one of the fastest growing economies in the world, 10 of the largest tech companies, including Facebook, Amazon and Google, have chosen Dublin as the centre of their EU operations.

Likewise, 8 of the op 10 Pharma companies have cited its educational standards and quality of lifestyle as reasons for choosing Dublin as their European headquarters. Its dynamic business life makes Dublin a hub for part time and full time career opportunities. Yet even with such dynamism, Dublin has been voted as the second “Friendliest City in the World” by the prestigious US publication, Condé Nast Traveller.

With so many young, talented people and a vibrant economy, Dublin has nightlife to match and students are part of it, whether partying or working in this lively night-time scene. A typical day with Twin Dublin might often move from lessons, to homework, to coffee bar and pub.

Some general information about our city:

We have a beautiful green country but it can rain quite often so students should bring a waterproof jacket and umbrella.

The electrical current in Ireland is 220-240 AC volts.  The plugs most commonly used are 3-pin flat plugs.  Students wishing to use electrical items while in Ireland should purchase a travel adaptor.  Adaptors are easily available at all airports.

ATM machines are widespread and can be accessed with Credit Maestro/Cirrus cards.

It is not necessary to carry a passport for ID purposes but it can be useful to have some form of photo ID. Ireland is a safe country but as in all countries and cities it is necessary to be careful and aware of your surroundings.

The emergency numbers for police, ambulance, fire, sea and mountain rescue services are 999 or 112 and can be dialed from any mobile phone network.

In Ireland we drive on the left hand side of the road.  Please be careful when crossing the roads/streets and remember to check left and right before crossing.