Looking for something free to brighten up the beginning of 2018? Discover Lumiere London's illuminated displays

Brighten up your January in London

Brighten up the long, dark and dull January days with London’s light festival, Lumiere London. The festival, which is the UK’s largest light festival, runs from the 18th of January to the 21st of January. With over 50 spectacular artwork displays that are due to light up the city for four days, you’ll be sure to find something that can brighten up your night.

The festival is free and anybody is welcome to enjoy the artwork, which is spread across six locations in the city: King’s Cross, Fitzrovia, London’s West End, Mayfair, Westminster & Victoria, and South Bank & Waterloo. 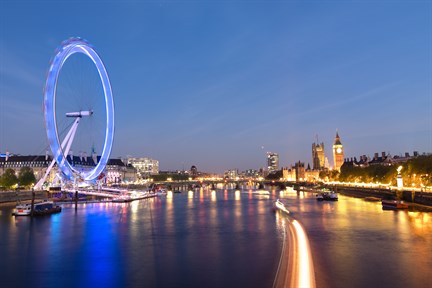 This is the second edition of Lumiere London and it has become bigger and better since the first light festival, which was in January 2016. There's all kinds of magical displays, like the topical artwork, Waterlitcht in Granary Square, near King’s Cross, this beautiful display was created by Dutch artist Daan Roosegaarde. The breath-taking artwork was inspired by the effect of rising sea levels and global warming. The public are encouraged to fully engage with this piece and can use their mobile phones to listen to the accompanying soundtrack.

Download the App for Apple or Android, to discover all of the artwork, plan your itinerary and find special deals such as money off close-by attractions and food.

Where: Across six locations in London

For more information, check out: https://www.visitlondon.com/lumiere